My name is Karen and I'm a sexsomniac 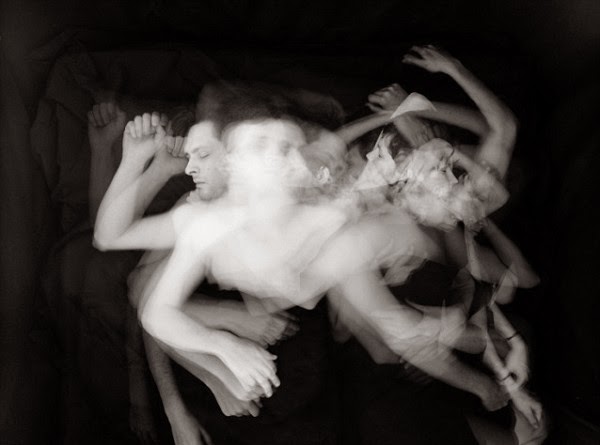 For years I have suffered from various parasomnia sleep disorders such as sleep walking, sleep talking, eating, cooking and even smoking during my sleep, These rarely affect my daily life although I have had some really close calls

The one parasomnia disorder that is hardest to live with is my sexsomnia, sexsomnia is rarely spoken about and is often misunderstood it is a condition where the sufferer preforms sexual acts to themselves or others while in a state of NREM sleep. During an episode the sufferer will have no memory what so ever of preforming such acts and are often hard to wake which can make them hard to stop which has ultimately led to many cases going to court under possible rape charges
The proposed medical diagnosis is NREM Arousal Parasomnia – Sexual Behaviour in Sleep but this is not a term you will hear often sexsomnia as well as other parasomnia are often triggered by stress, illness, sleep deprivation and even pregnancy and although medication can be given it is rarely effective and can cause insomnia which can highten the parasomnia anyway so the only real choice I personally have is to live with it the best I can.

There are many forms of sexsomia from mild self-stimulation to full non-consensual sex acts. Many people often find amusement in hearing I perform sex acts to myself and to my partner during my unconscious state but the hash truth of the matter is it is truly upsetting for the sufferer, ever since I was a child I have always needed to stay in control of my life so to have that control cruelly taken from me without my consent is the most horrific thing that could ever happen.

Over the years I have had men come on to me just because they have heard about my condition, thinking it would be funny to video my episodes without my knowledge and share them with their friend like it is some big joke, but even in stable relationships being a sexsomniac can rock even the most solid of foundations. Over the last month or so I have had some very traumatic life issues to deal with, my mum was rushed into hospital with meningitis and we nearly lost her more than once which only added to the stress I was under as a result my parasomnia escalated to the point where every night for over two weeks I was “actively” sleeping this in turn causes friction between my husband as for a large portion of every night he was having to run round after my sleeping self, to clear up after me and try to distract me from preforming various sex acts on him. Then come morning he was tiered and resentful. As much as I know he loves me and after 11 years together he has learned how best to deal with me during an episode it is still hard for him to cope with such lack of sleep and we often end up fighting because of it

One of my worries has always been a lack of consent on my husband’s part, although he has always joked a man is just a walking talking consenting penis I have to disagree although we have an extremely active sex life there are still the odd time where one of us just isn’t in the mood, and if during a parasomnia episode I was to actively try to engage in sex acts with my husband on one of these days I would not have his full consent would I?

My main worry though comes from being a mother, my young son has already developed some parasomnia disorders and although he is far too young to show any signs of sexsomnia it continues to be a constant cause for concern as the stigma surrounding sexsomnia is portrayed in a much blacker way when it is a man that surfer’s from it and I can’t help but feel guilty for releasing this nightmare on my son

I would hope very much that over the coming year does society as a whole gains a greater understand and that my son will not have to suffer the same indignity from the ignorant hands of others as I have sexsomnia is not a joke and has ruined the lives of many sufferers and of those of their loving partners.